You are here: Home / Archives for travelblogger 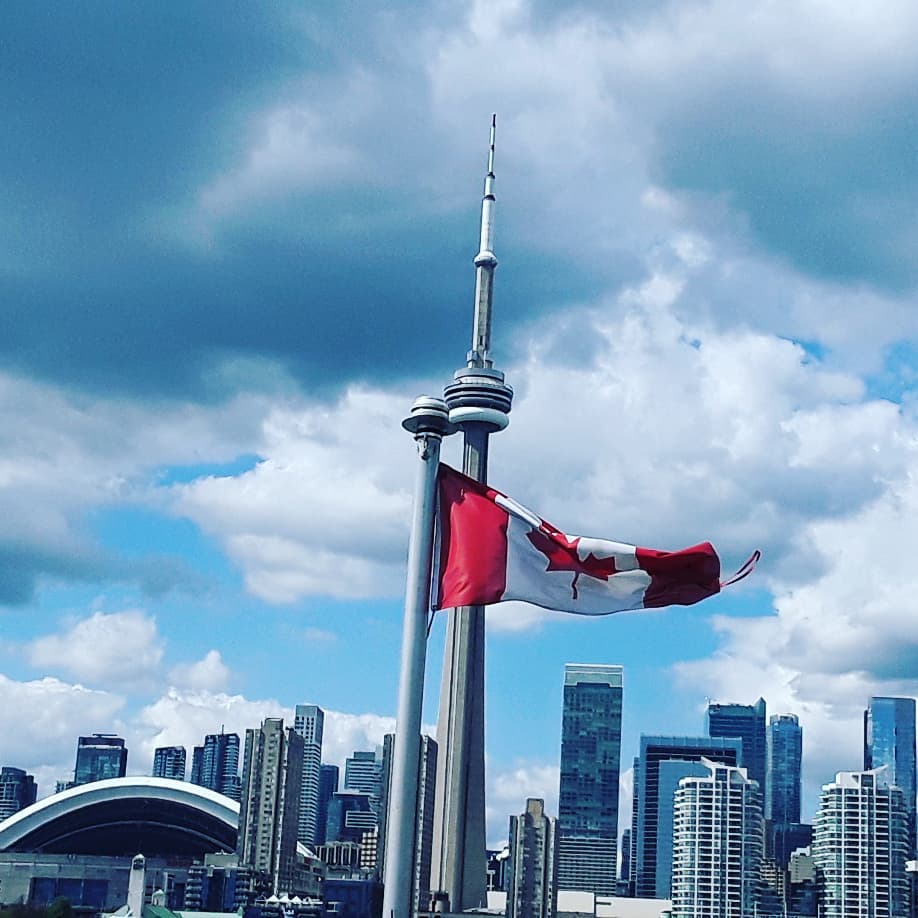 Here is the link to purchase tickets and to check out more information about the CN TOWER, https://www.cntower.ca/en-ca/plan-your-visit/tickets.html  Maybe take the new Edgewalk? 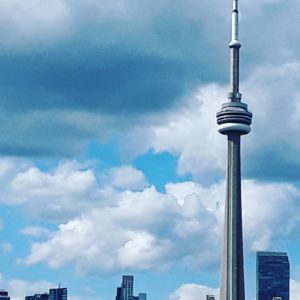 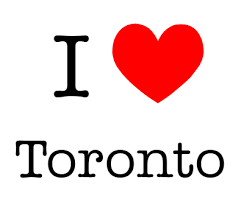 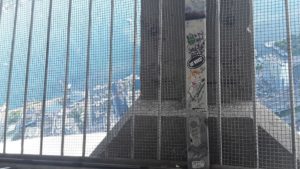 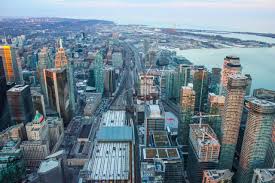 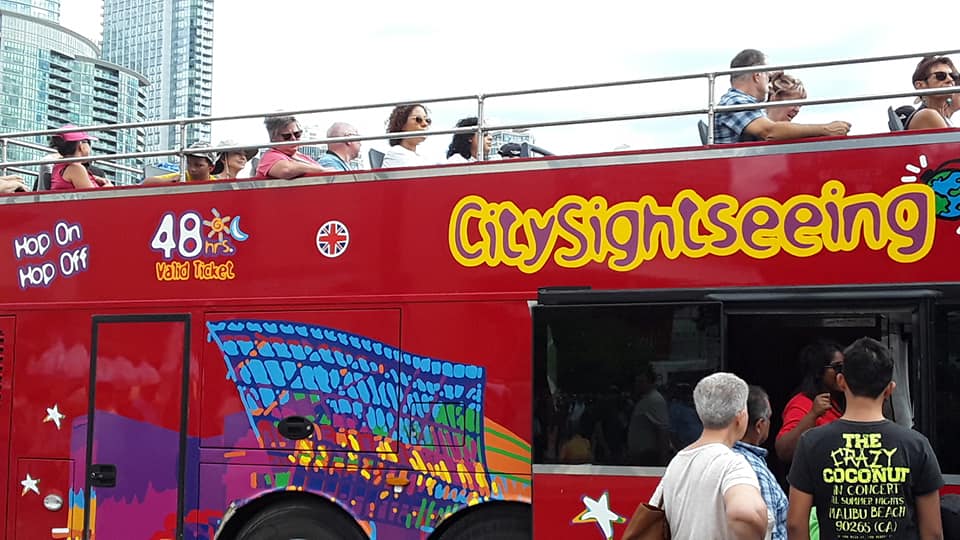 Toronto a City of almost 3 million people, just 1 hour West of Wellington County is a great City to go day tripping.  We finally had the opportunity to take the amazing hop on hop off City SightSeeing Toronto bus tour the other day with a friend and our kids.

My 12-year-old daughters dream of riding a double-decker bus had finally come true!  We hopped on the last ride of the day at the habourfront pick up point at 249 Queens Quay West. 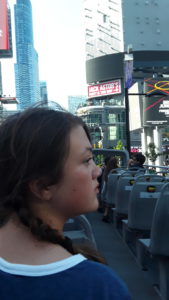 What a view, if you have never had the opportunity to go on an open air double-decker bus it is highly suggested from my daughter Meaghan!  Our travel friend Dawn always takes the bus tours when traveling, and knew the City of Toronto well.  It is always great to go with someone who can add their favorite comments about your travels.

The bus departed and we were off!  The tour of the City, took us about 2.5 – 3 hours (normally a 2 hour tour), to take the whole tour and it was well worth the ticket price.

It also includes access for 48 hours and a boat tour.  The boat tour is so amazing, we set sail from the Toronto Harbourfront around the Toronto Islands.  The photos we took from the boat tour on the Serendipity Princess Cruise added to our wonderful memories of our day in the City! 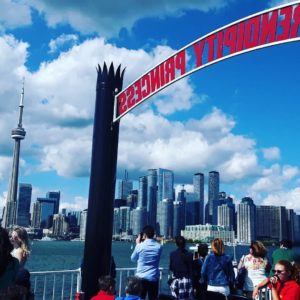 Having taken the tour, which included a commentary it allowed us to walk away with much more knowledge of this amazing City.  Here are my 5 things I learned on the tour. 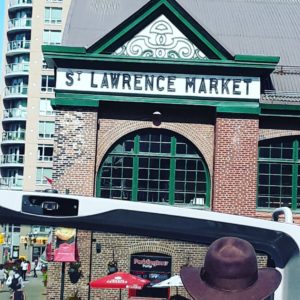 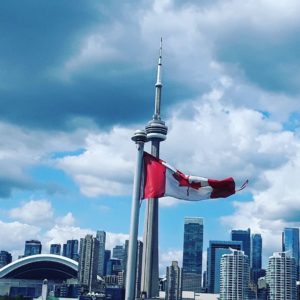 We got to see sights and sounds you wouldn’t normally be able to see driving on your own.  Such as when the bus stopped we all watched a band play in front of the Eaton’s Center.

It was an amazing way to just sit back and relax and not worry about the crazy rush hour traffic.  It was a beautiful warm sunny day, however there was a lovely breeze to keep us cool as we drove along the scenic streets.

We got to see all of the major sites in the City which included a little history about each of the sites.  I loved all of the architecture and the different ethnic communities we traveled.  Here is the link to the tour, https://citysightseeingtoronto.com/ 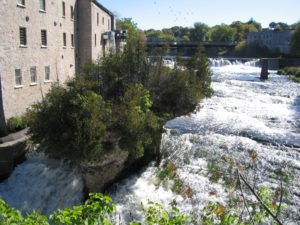 With the official kickoff of Summer happening tomorrow June 21st, many of us are busy planning our summer vacations.  What plans do you have this summer?  It is such a short season, and we have had alot of rain and not as warm as usual.

Some of us will be jumping on a plane and travelling to far away distant lands.  For others like myself, we will be staying around locally and discovering the many hidden “adventures in my backyard”.

Sometimes you don’t have to travel far to feel like you are in a far away land.  Often times just travelling around the neighbourhood can feel like a new escape.  It is all a mindset, or perhaps taking a different road on your daily commute.  We are so lucky to have so many beautiful places in this little part of the World.

Elora, Fergus, Elmira, St. Jacobs and Guelph are just a few of the great little Towns and Villages to go exploring this summer.  Pack a picnic, test out the local cuisine, farmers markets, jump in the local Lakes, or take in an event there are hundreds and watch the world go by.

Here are some great links to place in the area to discover, https://www.wellington.ca/en/business/EDVisitWellington.aspx.  Follow us this summer as we go exploring discovering new places and people this season! 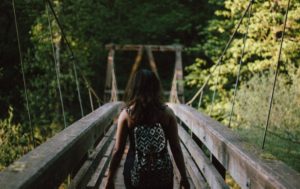 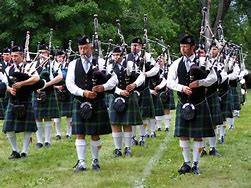 This community is so amazing there is just always something going on!  Centre Wellington was once again hosting the Annual Fergus Highland Games this August weekend.   I had the privilege of attending the opening ceremonies on the Friday evening.

Ahhhh… the sound of those bag pipes, it was truly soul-stirring and when the Tattoo began, my heart seemed to have skipped a beat.  I found myself getting rather emotional, almost in tears which surprised me, however I don’t think I was alone in my thoughts as I looked around everyone was standing still and appeared to be just as in awe as I was.

I had the honour of meeting and chatting with Graham McTavish,  the Scottish Actor who portrays Dougal MacKenzie in the popular Outlander series.  Check out my chat with him on my FB social media, https://www.facebook.com/wanderingwellingtoncounty/?hc_ref=ARQNbIui3YV67rLi_OYe7MeqChO8gLxPQwWHonNU2InD-bhxNFeaiHNgHhgw6PeBSig

Last year when I attended the Fergus Highland Games I had the opportunity to meet the popular author of the Outlander series who was a special guest, http://www.dianagabaldon.com/ Diana Gabaldon.   She was full of grace, elegance and appeared humble amidst her immense popularity. Meeting both of these two talented public figures I believe is definitely the universe’s way of sending a message;  it is time to dust off the book I had purchased at last years event and delve into another world.

Another bonus of attending the Festival, is of course learning more about the culture and customs of different countries.  When one of the speakers shared some of his insight into the various clans in attendance, it is like I had a light bulb moment! I am rather embarrassed to admit this, however I had never seemed to fully comprehend the meaning of the Scottish Clans.  He explained it in a way I finally could understand a little more about this interesting culture.  Clans as I understood it for the first time in the Scottish context is another word for family.  If you are like me and need to understand a little more about the definition of the word, here is the Wikipedia definition below.

A clan is a group of people united by actual or perceived kinship[1] and descent. Even if lineage details are unknown, clan members may be organized around a founding member or apical ancestor. Clans in indigenous societies tend to be exogamous, meaning that their members cannot marry one another. Clans proceeded more centralized forms of community organization and government, and exist in every country. Members may identify with a coat of arms or other symbol to show they are an independent clan. The kinship-based bonds may also have a symbolic ancestor, whereby the clan shares a “stipulated” common ancestor that is a symbol of the clan’s unity. When this “ancestor” is non-human, it is referred to as a totem, which is frequently an animal.

The word clan is derived from the Gaelic clann[1] meaning “children” or “progeny”; it is not from the word for “family” in either Irish[2][3] or Scottish Gaelic. According to the Oxford English Dictionary, the word was introduced into English in around 1425, as a label for the nature of the society of the Scottish Highlands

As I sat at a table with people watching the Tattoo, I felt more welcomed as the night was nearing its end.  Perhaps this is a glimpse into what the Scottish call a Clan, as it felt like we were part of a family.

As I have learned this life, there are various types of family,  not always blood.  What ever you call it, I love my “CLAN”.  You know who I am talking about, “those people who get you!”, “they have your back, they fight for you, they cry with you, they are family, they are your clan!”

Sláinte or until we meet again!