You are here: Home / Kiddlet Talk / Who would you Label as your Superhero? 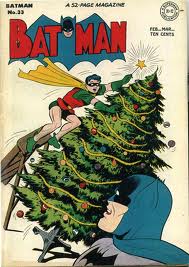 SUPERHERO
: A fictional character who has amazing powers (such as the ability to fly).
: A very heroic person

Several weekends ago I watched Spiderman for the first time with my kiddlets. They loved it! They were giggling and cheering on Spiderman when the villains where upon him. I must admit I have never been a big fan of  Spiderman, however since watching this film thru the eyes of my kids, my thoughts  have changed. I am now a big fan. Peter Parker who played Spiderman in the 2012 film was just an ordinary young high school man trying to find his way. He was not the most popular but that all changed once he found his superpowers he could do anything he put his mind to.

I have always been someone who has looked out for the underdog. To me this movie was the epiphany of the ordinary who became the extraordinary. I loved it! I loved how my kiddlets just had such respect for this great force. Hopefully they could see too that anything is possible with hard work, determination and a few super powers.

Growing up my favorite superhero was Bionic Women. I remember coming home from school and flipping the channels till she came on. She was so beautiful and strong. She had this amazing ability to jump huge walls and could use her bionic powers whenever she needed them. How cool is that?

This month a real superpower captured many of our hearts as he walked the streets of San Francisco. A 5 year old Boy, named Miles celebrated the end of his cancer. In remission from his ongoing battle with Leukemia he has had since he was one year old. He was the “Bat Kid for a Day!”  With the help of the Children’s Wish Foundation he proudly walked with his father the streets of “Gotham City Wonderland”. He donned his batman cape and soared to great heights that day.

This life can be hard enough at times. Who would you label your superhero (s)? If you don’t have one I encourage to look around they might be closer than you think.