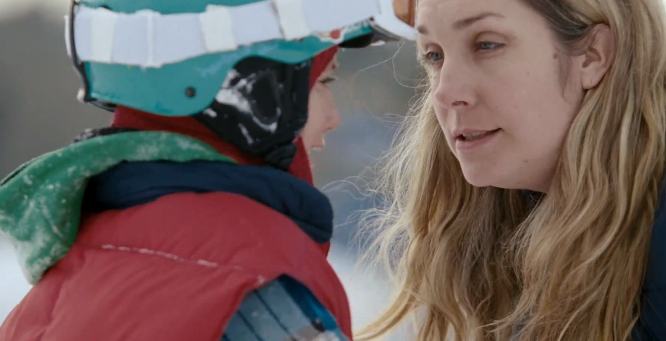 My little 3 year old son Noah and I go skating every Monday.  I am trying to teach him how to skate.  Like usual we are late again, but it is a drop in skate so no one really knows you’re late.  Except for the man who works at the rink who quickly came in to the dressing room announcing their would be “senior skating” at noon and we had only a few minutes left.  “But you could stay longer if no one showed up”, he let us know.    I told him we usually only last 5 or 10 minutes.

When we first started skating he wore his sisters Pink Barbie helmet and Barbie knee pads.  There were a few stares and comments from other Mom’s cruising the rink.  One Mom giggled, “Oh he must have a big sister?”  We wore the helmet for the first month and then a friend from Yoga offered her helmet as her son didn’t need it anymore.  She said she would bring it next week.  So cool, he was going to look like a boy skater, or should I say “hockey player”.  His Grandma got him a yellow hockey stick last year for his Birthday and I bought him some manly knee/shin pads.  We are borrowing someones puck, but I keep putting a note to myself “buy puck”.  Ok I guess this suggests I am a “newbie sport Mom”.

My heart swelled this morning when I walked in and had a bag with skates, hockey stick and helmet in hand.  My thoughts drifted to the Mom’s of the Winter Olympians.  How must their hearts feel this month with the start of the games.  I just cannot imagine the blood, sweat and tears that go into the molding of an Olympian athlete.

We laced up after about 5 minutes of  hide and seek.  As you know it is tough to get a little person dressed for the ice.   So finally we made it, we were gliding on the ice, he was scoring goals.  Ok well not really.  He was on his skates but I was holding him up with one of those “skate kid holder uppers”.  We skated around pushing his puck, no one else was on the rink and we had an awesome time.  He kept saying “faster Mommy, faster Mommy!”

I thought of that Sochi “Thank You Mom” Ad commercial, Proctor and Gamble is currently running.  It shows the athletes beginnings of walking, skating, skiing, playing hockey, snowboarding as young toddlers.  We watch them grow, with many scenes of  falling on the ice or snow even breaking bones,  but they are determined.  We watch as they grow older and are perfecting their craft.  The music is playing the tears are falling.  My heartstrings are being pulled, (advertising at its best).  Next week we will show up earlier, and as they say “practice makes perfect”.

“THANK YOU MOM –  FOR TEACHING US FALLING ONLY MAKES US STRONGER!”