You are here: Home / Mommy Meltdowns / The High’s & Low’s of Motherhood 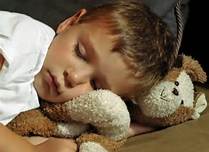 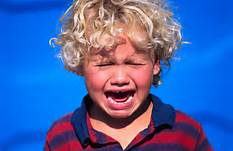 I am reflecting on my day today. The kiddlets and I “hung” out with Grandma. We went touring around enjoying the nice weather for November. We decided to include a little shopping outing. My little 3 year old man was pretty tired after playing in the park and didn’t have his regular afternoon nap. I could tell as we where driving around when those little eyelids closed he needed a little shut eye. Well 10 minutes later his eyes peeked open and he was ready to go shopping with Big Sis and Grandma. We decided to wait in the vehicle as I could see that look in his eyes he wasn’t ready to be on his best behaviour. After waiting a long while for Grandma we decided that we would go in. He did promise, (pinky promise) to me “he would be a good boy” and that he would sit in the cart.

Off we went looking for them, we thought we would cruise on over to the checkout area to scout them out in the big store. What did we see first, the Biggest of Big Trucks perched high on a glass shelving unit. God bless the store clerk who after I gave her a wink, agreed with Mom that we were not allowed to play with it in the store and that it was just for us to add to the list for Santa. Mr. Noah took 2 steps and started a full out tantrum, on the floor screaming, crying and not a happy camper. Well we finally did see my daughter with Grandma their cart full of holiday items, saying “did you find what you were looking for?” I don’t think they really saw us, they were in the full Christmas decoration shopping mode; sparkly deers, nutcrackers, and wreaths. Noah was now leaning and pouting on yet another glass shelf, I thought leave now or else.

I won the “Mom of the year award again!” I decided to carry him out of the store, kicking and screaming. I felt quite a few stares and wished I could have practiced the 1,2,3 method a little better today. I must admit I felt like melting and wished Mumma had more patience than she did today, I too just wanted to throw a tantrum of my own.

I chose to write about the highs and lows of motherhood. I put my little guy to bed tonight, held those little sweet hands, cuddled him and said to him “We will try again tomorrow and do better”. He said to me “Yes Mumma I will do better tomorrow!”. I love that little man, more than I could ever imagine or describe. I don’t know what I would ever do without those 2 little kiddlets of mine. So tomorrow I will do better!

Talk to you soon ~