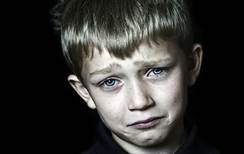 Bullying – (definition)
Is the use of force, threat or coercion to abuse, intimidate or aggressively impose domination over others.

Why am I wearing a PINK SHIRT TODAY? My family and I support the ANTI-BULLYING “Pink Shirt Campaign “. My daughter reminded me by announcing when she arrived home from school today.  “It is PINK SHIRT DAY tomorrow MOM”.

It began with 2 students in Nova Scotia in 2007 who did not like what happened to a young man who went to school wearing his Pink Polo Shirt” He was teased and called names such as “gay”. The 2 young men who found out about this went to the local drugstore and purchased 50 t-shirts and wore them the next day to school.  Guess what the bully didn’t say anything more, and the boy was not bothered again.

Did you know the first Anti-Bullying Campaign in Canada was in 2000, and was arranged by Bill Belsey.  I would safely say we have all heard of Anti-bullying Campaigns today.  It is now commonplace to have zero tolerance for any type of bullying.

Bullying is found in our schools, workplaces, families or groups to name a few. Often a person or person’s who are bullied are targeted by a single person or group and made to feel intimidated. Often the bullies are feeling resentful or have low self-esteem within themselves. Many times they have been born into a family which had bullied them or they themselves have been bullied.

Sadly this past Valentines my cousin’s son who is 10, received a Valentines card from a girl in his class that said “I HATE YOU!” How sad is this for a young little boy to receive such a card. My cousin immediately contacted the Principal and this matter got resolved rather quickly. I am not sure what the whole story is, but I was told other boys in her class received the same type of cards.  This is just one of the examples our children may face in our schools today.  Bullying can turn tragic for many young women and men who feel there is no way out and commit suicide as a result of being bullied.  This must stop!